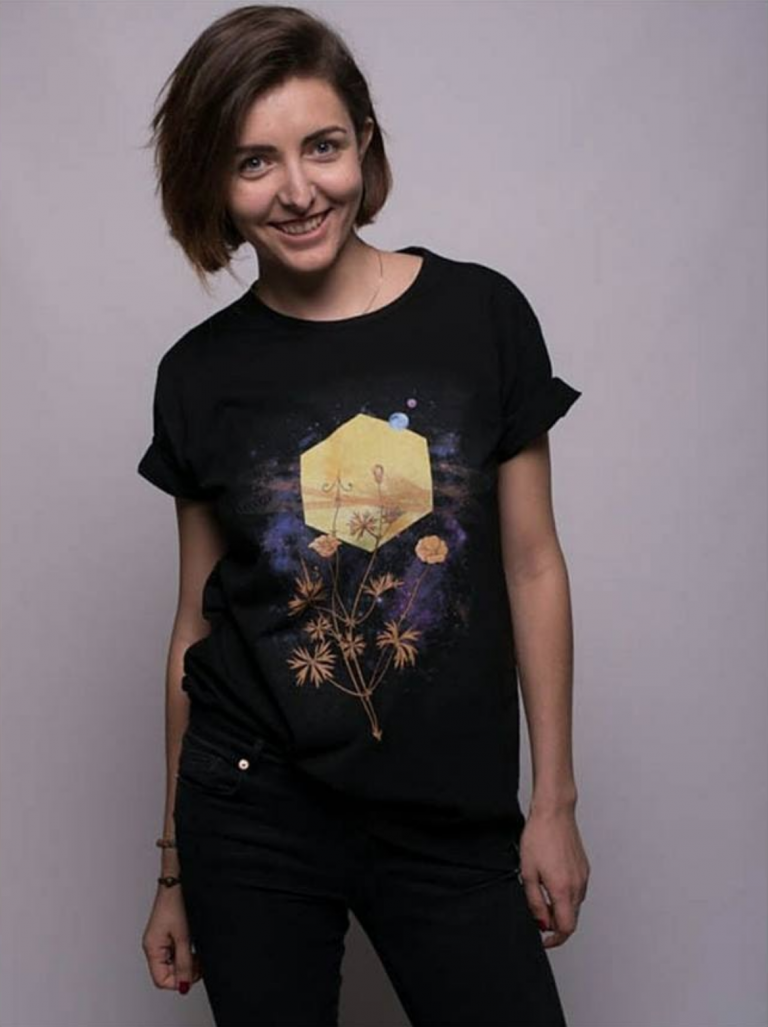 Bilyana is a second year Painting student in the National Academy of Arts in Bulgaria. She fell in love with painting from early on, spending hundreds of hours browsing her mother’s albums of Gauguin, Monet and Renoir. After graduating high school she completed a double major in Politics and International Relations and Business Administration from the American University in Bulgaria. Following that, Bilyana worked for several years in tech startups, which enabled her to travel around the world, meet talented and intelligent people, and work on highly complex projects. At the age of 29, she decided to change her focus and enrolled in the National Academy of Arts. Bilyana loves experimenting with various mediums – charcoal, ink, aquarelle, wax but she primarily works with oil paint.

Double bass player Jakob Krupp (*1995) studied at the Frankfurt am Main Academy of Music and Performing Arts with Christoph Schmidt and graduated with a bachelor‘s degree in 2019. He started playing the double bass at the age of twelve and studied at the Conservatoire de la Ville de Luxembourg, from where he graduated with a »premier prix« in 2014.

Since 2016 he has been a member of the German student orchestra Junge Deutsche Philharmonie and worked as a bass player at the Mainz Philharmonic Orchestra in 2019.

He frequently performs contemporary music, both as an ensemble player and soloist, and has worked with composers such as Brian Ferneyhough, Rebecca Saunders, Heiner Goebbels or Rolf Riehm.

Also interested in jazz music from his early youth, he took part in the competition “jugend jazzt” with several ensembles and won prizes including the concert award of the Jazztage Dresden. 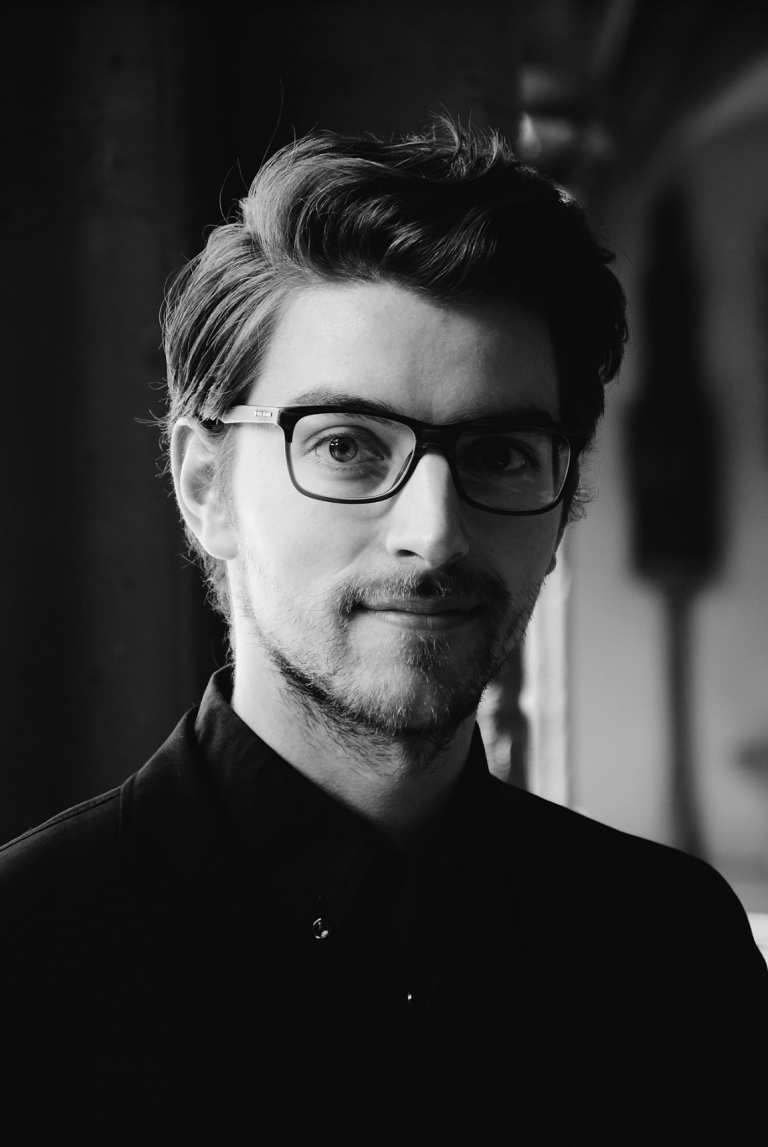 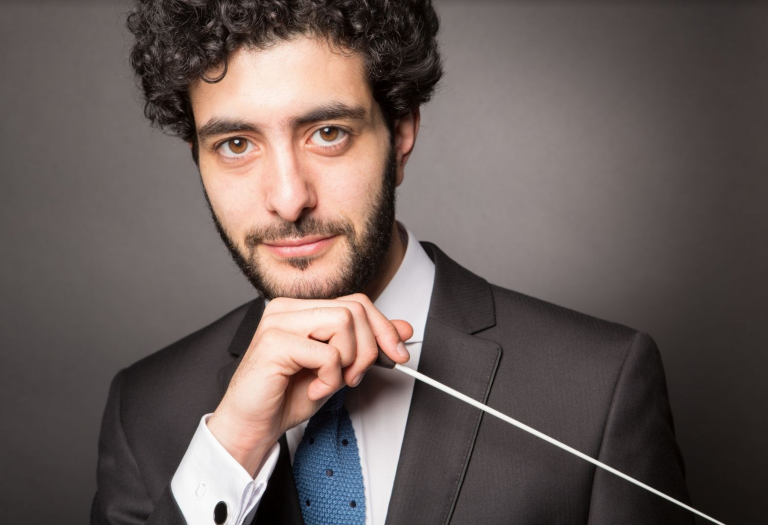 Having reached the semi-finals at the 54th Besançon Competition, Marc is a conductor who distinguishes himself by his atypical double path, scientific and musical : after having finished his studies as a violinist, graduated from his Masters in Engineering (Ecole Centrale), he started studying with Jean-Sébastien Béreau while he was still working as an engineer. He participated in the Järvi Academy, before being accepted at the Royal Academy of Music where he learned from Colin Metters, Sian Edwards, Martyn Brabbins and David Zinman. Driven by his interest in varied genres, Marc is founder of the two-conductors-led ‘Ensemble Nouvelles Portées’, which has just begun a collaboration with the Festival de Saint Denis and is now launching innovative projects including a commission to Karol Beffa for two conductors and one orchestra. Marc also directs and conducts several youth orchestras of the DEMOS Philharmonie de Paris outreach initiative. Deeply involved in the development of contemporary music, he studied with Matthias Pintscher and Péter Eötvös, works with several European ensembles and festivals, and this season, is collaborating with Ensemble Modern and is the conductor of IEMA. Marc is also invited to conduct every kind of repertoire with orchestras such as the Lebanese Philharmonic, Orchestre Victor Hugo Franche Comté, SinfonieOrchester Basel, participated in the Festival and regularly conducts in Festival Musique en Ré with soloists like Sarah Nemtanu and Pierre Fouchenneret.

Violinist Yezu Elizabeth Woo made her debut at Carnegie Hall in 2004, where she became the youngest performer to play all 24 of Paganini’s Caprices for solo violin. Her awards include »Outstanding International Musician of the Year« (2002) by the Arts Critics Association and »Artist of the Year« (2005) by the Gangwon Talent Support Foundation of Korea. Yezu is also a recipient of the prestigious Fulbright Scholarship (‘19-20) and is currently pursuing her project ›Discovering Isang Yun and his World‹ in Berlin, as well as being a member of International Ensemble Modern Academy in Frankfurt. Yezu co-founded Shattered Glass, a conductor-less string ensemble in New York City, and is currently the Artistic Director of the ›New York in Chuncheon Music Festival‹ in her Korean hometown of Chuncheon, where she was appointed Honorary Ambassador to the city. Born in Freiburg, Germany, Yezu was brought up in Korea until the age of 10, when she moved to the U.S. to study with Albert Markov. She has received her degrees from Manhattan School of Music, The Juilliard School, Bard Conservatory, and is currently pursuing her Doctorate Degree at the Stony Brook University. 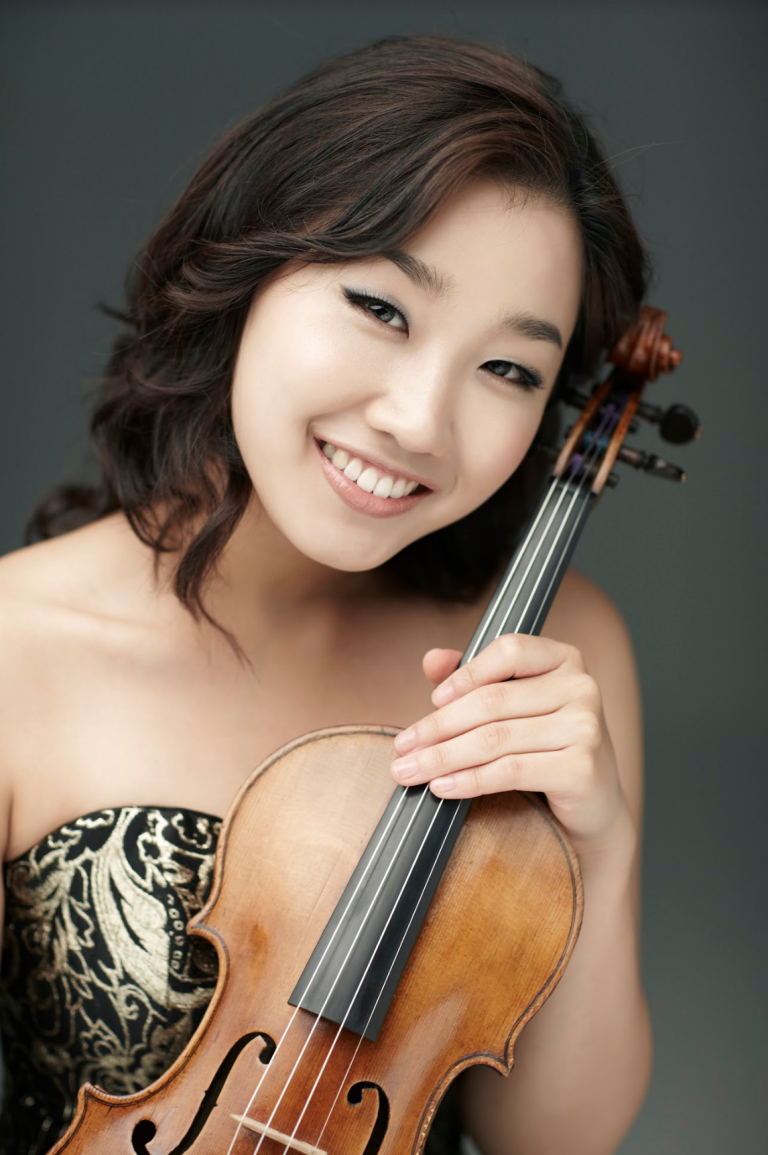 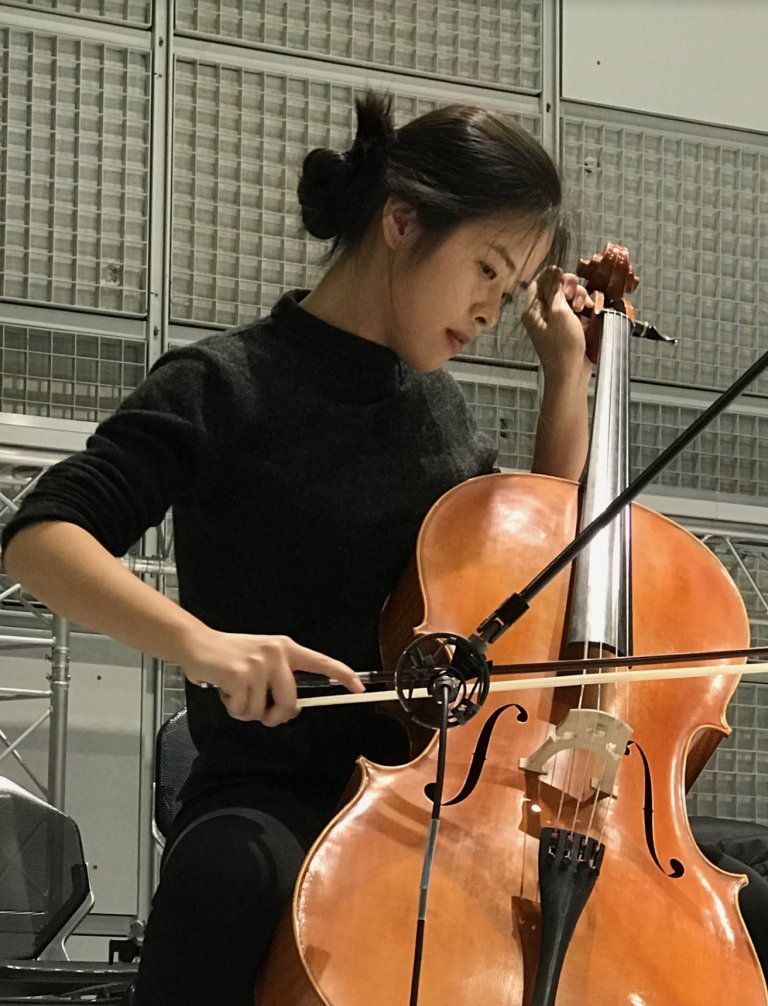 Cellist Yi Zhou was born in China in 1996. She is currently a member of International Ensemble Modern Akademie based in Frankfurt, Germany. As the only cellist of the academy, she has performed with Ensemble Modern and participated in masterclasses by Heinz Holliger and Stefan Asbury. She graduated from the Central Conservatory of Music (Middle School) in Beijing, China, where she studied with cellist Mingqing Yu. She has also participated in the class of Antonio Meneses at the Accademia Walter Stauffer in Cremona in Italy for a year in 2015 before entering the Bern University of the Arts in Switzerland, where she studied with David Eggert in 2016. She has attended master classes with Nicolas Altstaedt, Wolfgang Boettcher, Frans Helmerson and Ralph Kirschbaum. Her musical thoughts have been influenced by encounters with Simon Steen-Andersen, Lucas Fels, Stefan Prins, Rohan de Saram, Marco Stroppa and Caspar Johannes Walter.

Korean pianist Tomoki Park was born in Yokohama, Japan, and moved to the United Kingdom at age 11 to study at the Purcell School. He is a graduate of Berlin University of Arts (UdK) and Bard College Conservatory of Music in New York. Recent engagements include performances at the Pierre Boulez Retrospective (Geneva), a Mozart recital at the Mozarteum (Salzburg), and Bach and Takemitsu Double Piano Concertos with Peter Serkin and the Sacramento Philharmonic. Festival appearances include Marlboro Music, Klangspuren in the Austrian Tyrol and Tanglewood Music Center. He was noted by the ›New York Times‹ for his rendition of Oliver Knussen’s piano music at Tanglewood’s Festival of Contemporary Music as »performed sensitively… and one of the highlights of the program.« Last season, he co-directed New York’s Andrew Park Foundation Composition Award that commissioned new pieces inspired by the Korean resistance poet Yi Yuksa. 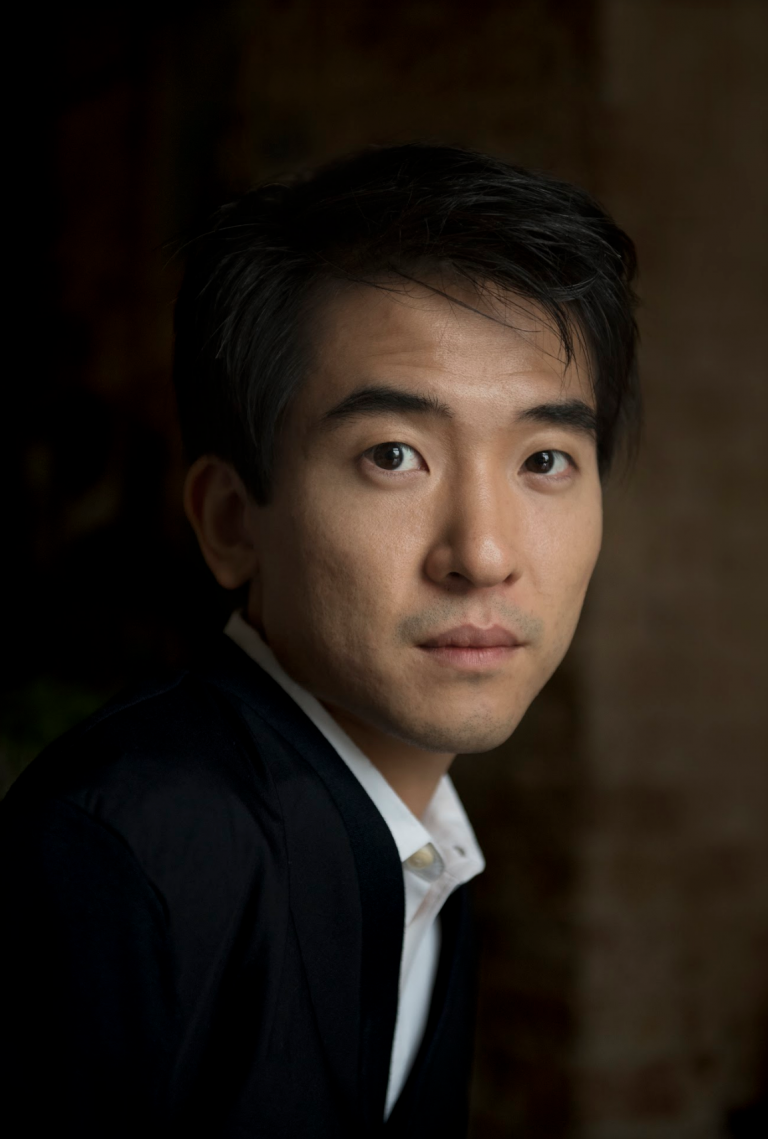 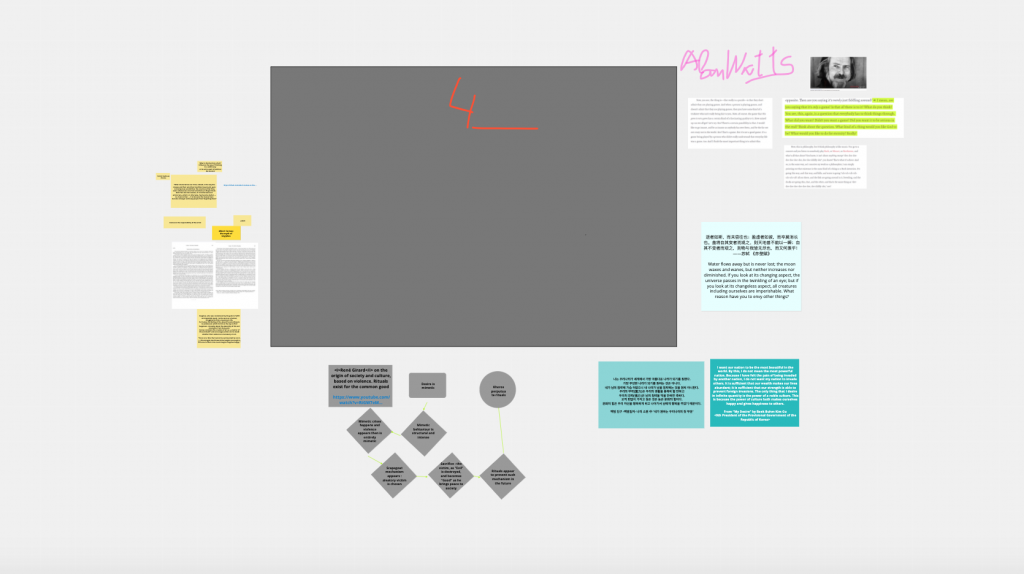 Here you can see a video with Bilyana Tokmakchieva sharing the collaboration experience from the third week of Team 2. 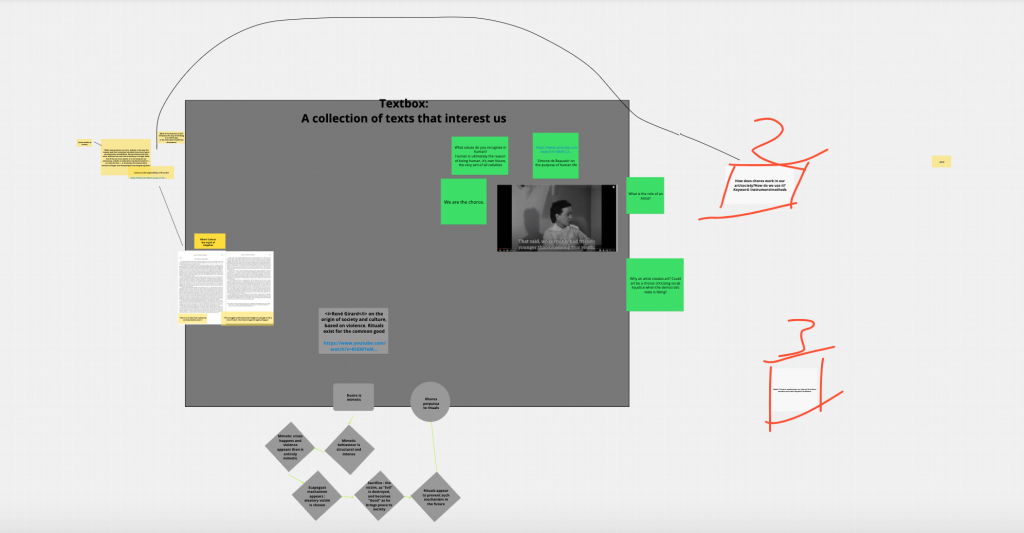 Click here to see a video with Bilyana Tokmakchieva’s stories about the first collaboration week of Team 2. 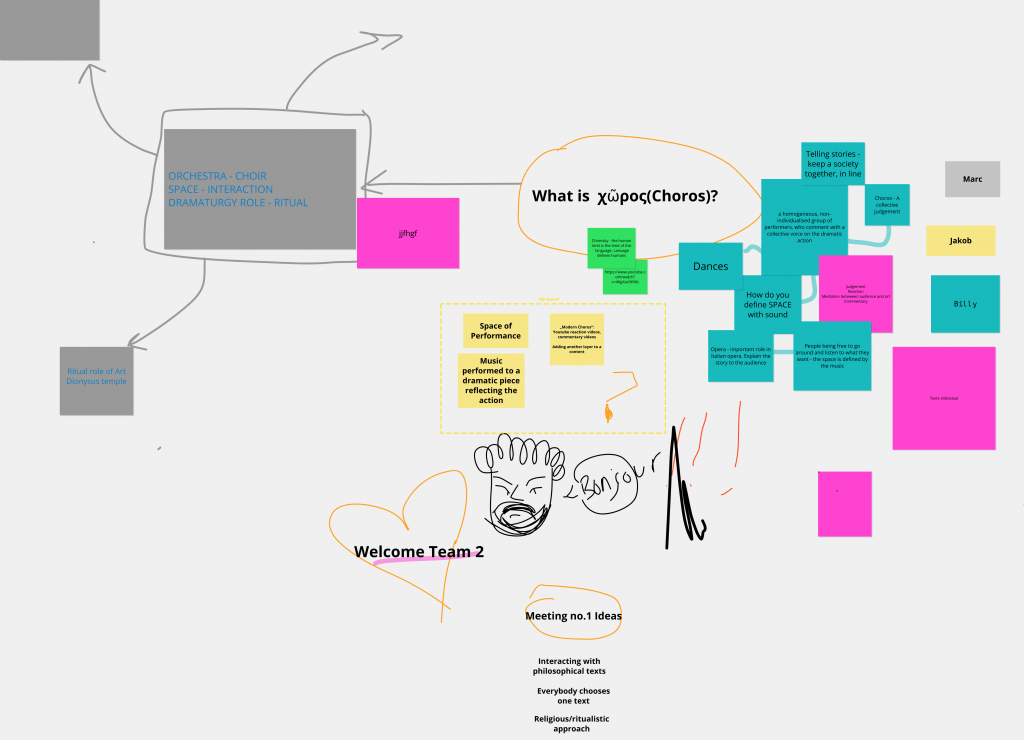